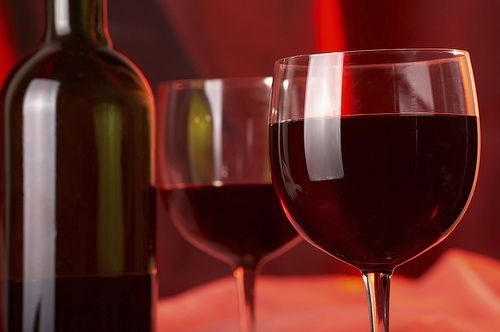 Ordinarily I’m pretty OK with the National Heart Foundation of Australia (NHFA). Sure the dietary, whining, do-gooders got in a knot when the NHFA gave McDonalds a tick for SOME of its menu items. But that spleen should have been vented at the subsequent abuse by the Golden Arches when it slapped the Heat Foundation Tick on its whole menu selection rather than Maccas getting a heart tick for offering a healthy alternative on its “meal” choices.

But now the NHFA is really treading on thin ice with its release of  “a summary of research on antioxidants which warns that drinking red wine or coffee and eating chocolate to prevent heart disease will not achieve expected results”.

Ever since American Sixty Minutes reported on what was to become known as the French Paradox in 1991, I have had a greater, healthier appreciation of a drop of red.  The response in the US at the time was astonishing. Little old ladies where filling their shopping trollies with red wine to wash down their Cartia and half an aspirin a day to hedge their cardiovascular options. Red wine sales soared by 44%. Obese America was appalled. How could a country wreathed in a blue atmosphere of unfiltered Gallic cigarette smoke, that relished saturated fats like butter, cream and cheese in its daily diet and was awash in wine (with nary a gym to be seen) have infinitely better cardiovascular heath than Uncle Sam?  Science would suggest it is all down to certain compounds found in wine, such as a particular group of polyphenols, known as oligomeric procyanidins, which protect human blood vessel cells and  perhaps to a lesser extent the inherent grape antioxidant resveratrol.

Red wine and dark chocolate is a diet for champions in my book, especially if the lubricant is a measured glass of Piggs Peake Suckling Pig dessert zinfandel.  And now the NHFA is giving that the brush.  Just stick to fruit and veggies is the word – don’t count on the fun stuff they say.  Trot out the food pyramid and give it a severe nudge and all will be good with your ticker.

I’m feeling the spectre of a Pritikin movement. In my salad days (sorry) I once followed the Pritikin diet and it was soul shattering.  I’m sure he died of sheer boredom.

I’m getting light headed at the very thought of it. Must be time for a wee dram and a chockie.