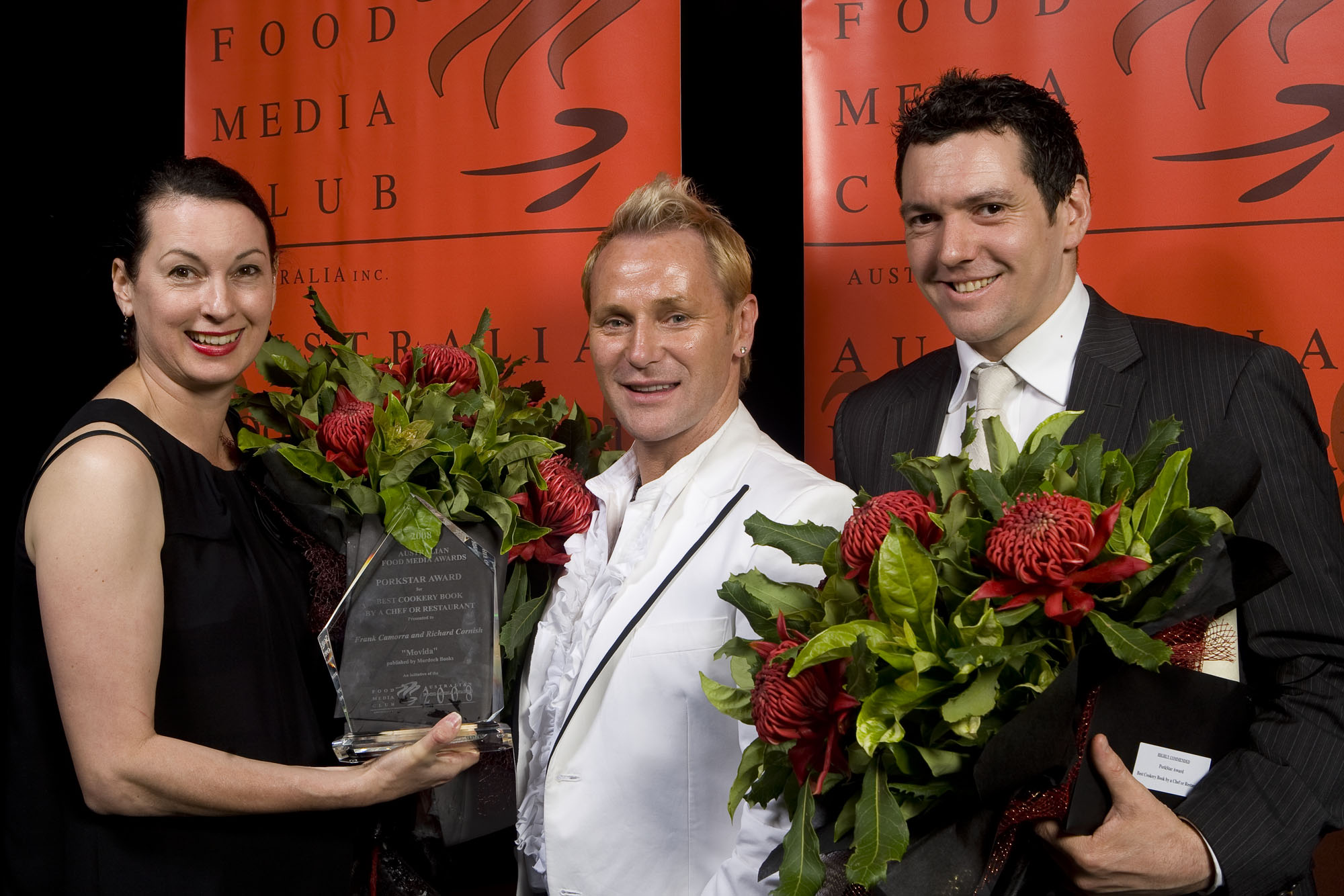 Almost every industry has an awards scheme. In Australia we see ARIAs and Walkleys and a host of institutional awards plus magazine driven ones. In the food industry there are a few that come and go, or morph according to sponsor commitment, availability and the vagaries of magazine mastheads as well as fly by night pretenders to the crown. But the pinnacle of glittering prizes is the biennial Australian Food Media Awards.

Every two years the Australian food media takes stock of themselves, does some critical navel gazing, frocks up and acknowledges the best of the best in food communication at this black tie gala do. From investigative journalism to recipe development; from books by chefs and restaurants; to best website, best advertising and best magazines features…it’s all there in 23 categories.

In 2008, a People’s Choice Award was introduced as an open component which ostensibly took the pulse of the food fancying public to discern whom had been their greatest culinary influence. It even included the option of “your mother”. Nevertheless, the clear winner was Maggie Beer. Coinciding with the introduction of the People’s Choice was the availability of seats on the Awards night for the general public to hob knob with the food world glitterati. The same applies this year.

For the 2010 Awards the category of Best Food Blog has been included. The new category fulfils the mandate of the Awards’ organisers, the Australian Association of Food Professionals (formerly Food Media Club Australia) to engender the communication of food. The judging will be interesting. Some revised guide lines have been developed for this category to suitably address its uniqueness in the on-line media space.

It will be the second time that the Awards have flown under their own banner without an umbrella sponsor. The long standing sponsors and the more recent partners of the individual categories are chuffed. They can shine in their own right rather than be in the shadow of a principal naming rights sponsor.

The categories and judges have been announced and the starting gun fired. And in just days entries have already started to roll in. The personal kudos, peer esteem and commercial advantages of winning these awards are significant. Book publishers have always been wily about promoting their books. Displaying an Australian Food Media Award hallmark on a book sets it above the clutter and provides a unique point of difference when it comes to the crunch of which book to buy.

Food is the hot property in the somewhat atrophied Australian media. The 2010 Awards announcements in October will be an interesting race to watch.

← A Taste For The Future
Dietary Kill Joys →