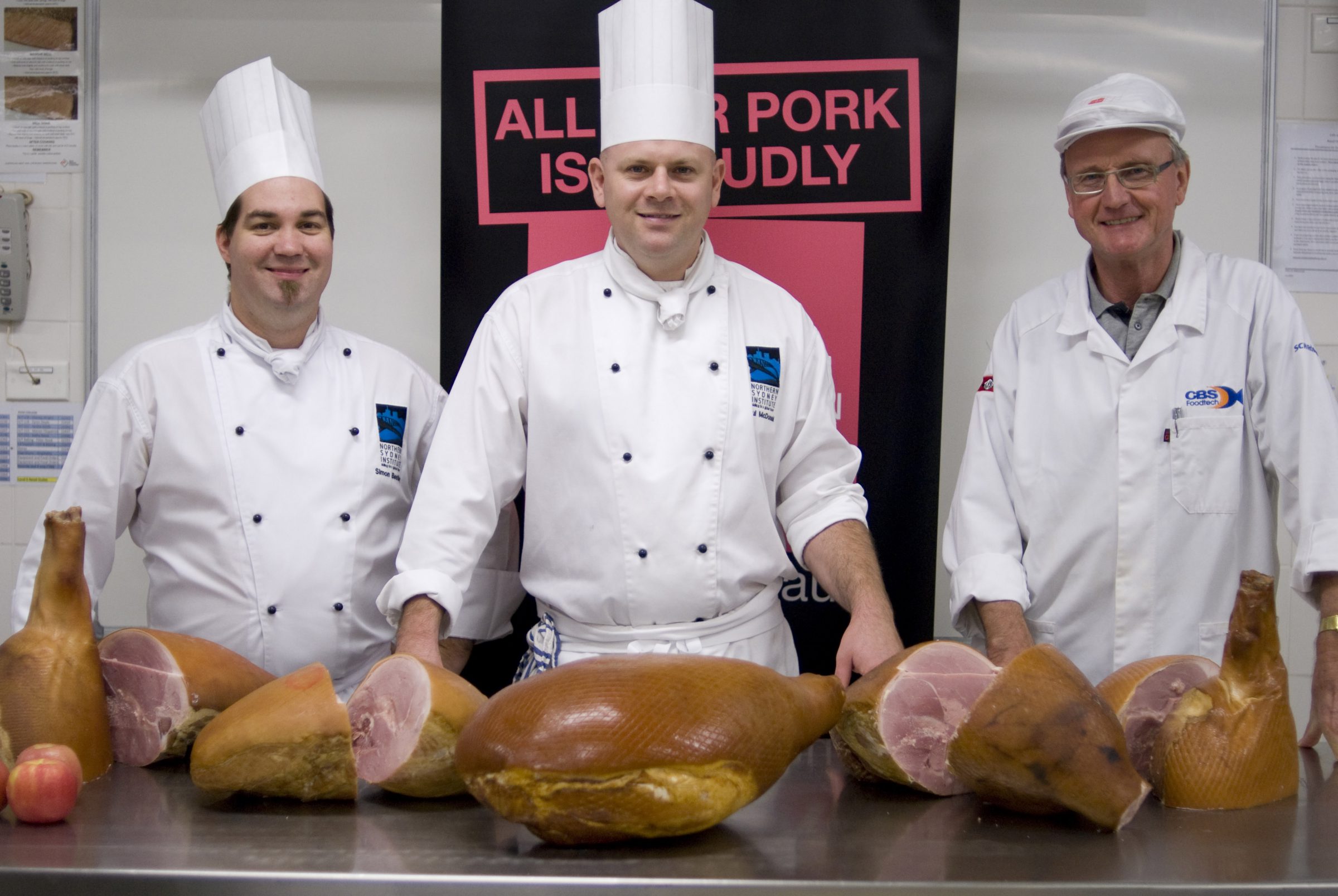 History tells us that across the length and breadth of the Roman Empire the best hams came from Gaul.   In the centuries that followed that same piece of European real estate grew its culinary skills, repertoire and reputation to become what we now acknowledge as French cuisine. Not surprisingly, in France’s everyday meals, ham or jambon, features prominently: jambon persil, quiche Lorraine, croque monsieur (and madam) and a mainstay with omelettes, crepes and baguettes found on virtually every street.

Australia on the other hand has no such open enthusiasm with this prince of cured meats. Sure it celebrates ham at Christmas and more recently, Christmas in July, and as a sandwich filler the rest of the time. But otherwise it rarely features on menus by name nor in published recipes in its own starring role.

Perhaps this week’s inaugural Austalian Ham Week will generate a new interest.  Especially as this is the celebration of quality hams made from home grown pork, not subsidised imported pork meat.  Ham Week follows on the trotters of the inaugural Australian Bacon week held in March this year. Both extol the virtues of the introduction of the pink square PorkMark label that Australia’s pork farmers have introduced to readily and unmistakably identify small goods made from 100% Australian pork.

As it stands, Australia’s labelling system is a one-size-fits-all cocktail of confusion. The “Made in Australia” label for instance, doesn’t mean the principle component of the goods is actually Australian. With more than 70% of Australian ham and bacon being made from overseas frozen pork meat the chances are the ham and bacon you are buying was cured and smoked here from pork meat imported cheaply from Canada, America or Denmark. As a finished product it was made here but not grown here.

Central to Ham Week was the announcement of the Ham Awards for Excellence  where 105 hams from 72 entrants were received from across the wide brown land. In what was a very close competition Victorian ham producers dominated to win best bone-out  and best overall ham together with a swag of runner up honourable mentions.

In what the Sydney Morning Herald’s page two headline called Aussie…Aussie…Aussie… oink… oink… oink (The Age sitting on the Melbourne winners lost the plot and remained mute):- the winners were: