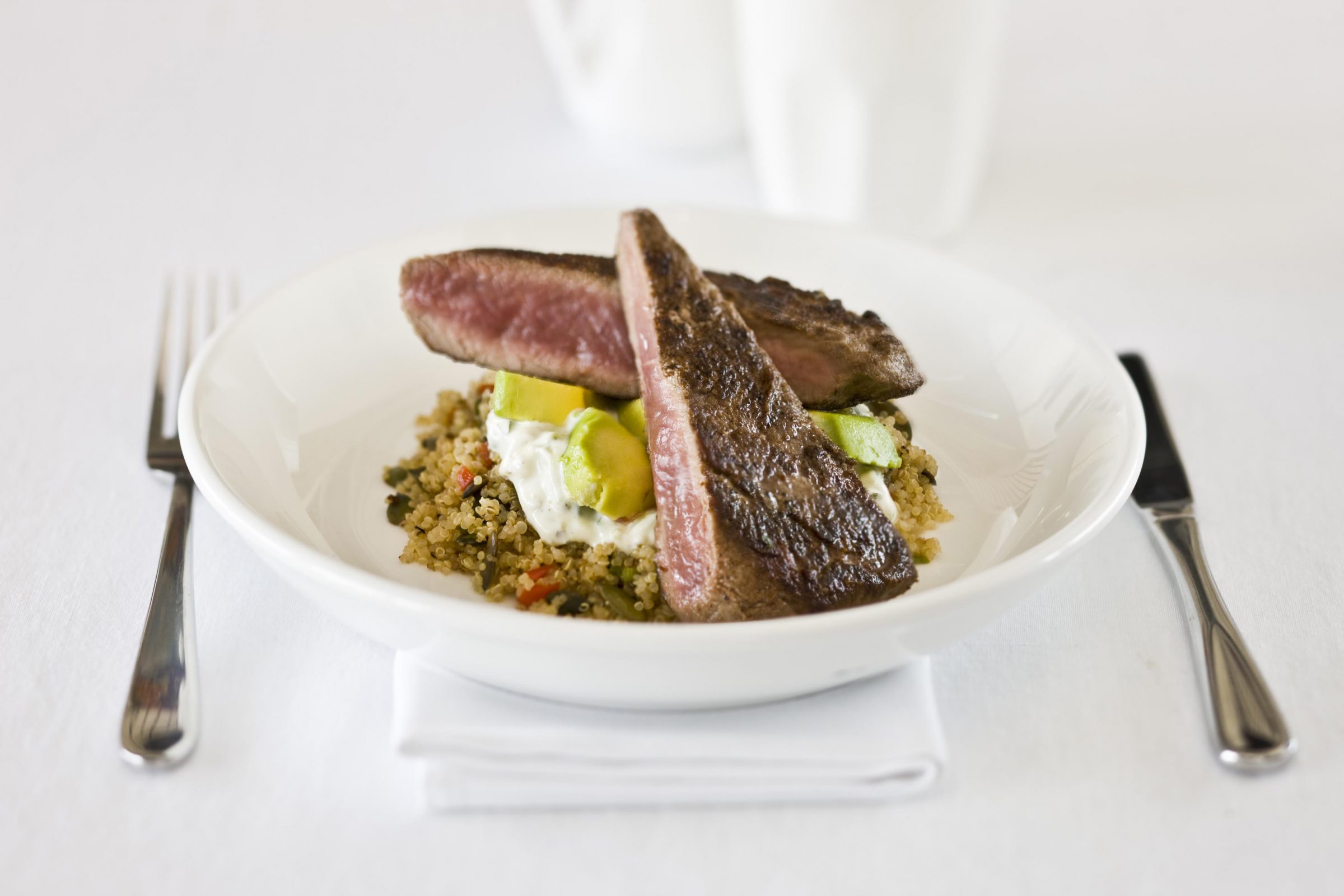 There are some interesting similarities between food and fashion. Fashion weeks in New York, London, Milan, and Paris (and we have just come out of the Rosemount Australian Fashion Week) define the trend that will dominate next season’s wardrobe. Food industry organisations and critics try to do the same with next season’s table. The National Restaurant Association in America has a What’s Hot in 2011 list which makes interesting reading.  Among its top trends for this year it identifies: ethnic/street food, sustainable seafood,  food preparation trends which includes sous vide, braising, liquid nitrogen, pickling and smoking, restaurant gardens and in-house butchering, less cuts of meat, nutrition/health, quinoa, amaranth,  and black/forbidden rice, half portions /smaller portions for a smaller price.  There are certainly elements of those predictions apparent inAustralia as well as a few of our own trends, albeit some influenced by overseas directions.

From the world’s No.1 rated restaurant Noma, in Denmark, toVictoria’s Royal Mail Hotel or even pop-up appearances of Greenhouse by Joost, there’s a burgeoning fanaticism about growing your own and foraging for produce where ever possible – from herbs on inner-city roof tops to full-blown produce plots.  With edible dirt and soil proliferating on menus…why not.

While Sydney International Food Festival has long held the popular Night Noodle Market and festivals in the nation’s suburban Asian cultural centres have been growing in popularity, Sydney recently played host to its first Malaysian Kitchen Food Market. The success of this pop-up lunch and dinner event held in a CBD alleyway caused queues to stretch down George Street every day of  its tenure.

The recent manifestation of what American sources call high-end junk food has a touch of the street foods about it too. One US food consultancy group predicts that this year will be the Year of the Pie, following on “the heels of cupcake shops”, but perhaps with some surprising new ingredient. To Australians the pie is a national symbol – but the luscious duck pie with truffle, mushroom and foie gras served at Galileo in the Observatory Hotel may be stepping outside the “football, meat pies, kangaroos and Holden cars” mantra of the dinky di psyche. Healthy? Maybe. Delicious? Absolutely!

It is probably the same calorie-fearless spirit that wooed burgers back to restaurants and their kin like Rockpool Bar & Grill, Charlie & Co, Ms G’s, and Botanical. And why shouldn’t the burger reach haute cuisine status? Especially after Michelin starred chef Daniel Bouloud introduced his $120 DB “Royale” double truffle burger (complete with foie gras) to his New Yorkflagship restaurant.  Hell, even your local Subway is sporting a wagyu sub these days and the availability of Vietnamese Banh mi is on the rise. To pay lip service to the half portion trend there are the sliders, those rascally half size burgers or Ms G’s mini Banh mi, a slider with an Asian slant. Then there’s the rise of the Haute Dog – check out the Snag Stand. Guzman y Gomez – fast and casual from South of the boarder – is riding the new Mexican food wave and we can expect the Excelsior Hotel in Sydney’s Surry Hills to flex Mex in its reincarnation.

← Awards give an inside taste of Aussie food world
Cellar Beware →