(Drone) Pie In The Sky 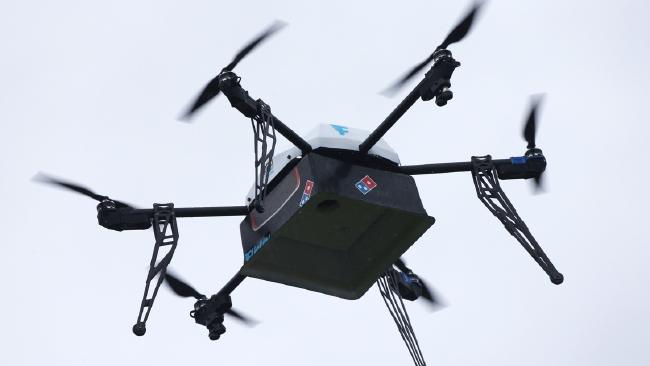 Whether it is pizzas from heaven or burrito bombers there is a very clear and present likelihood of takeaway food deliveries taking to suburban air space by drones before you can say: ‘Two all beef patties, special sauce, lettuce, cheese, pickles, onions on a sesame seed bun’.

Already it is legal to fly drones for business in South Korea – making deliveries there a looming possibility.  Australian company, Domino’s Pizza, has successfully drone-delivered pizza in New Zealand where drone air space laws are more accommodating, and in India, Francesco’s Pizzeria has had lift-off to a customer 1.5 km away in the suburbs of Mumbai.

And there was the video from Victoria of the Bunnings BBQ snag pick-up by a drone and delivered to a man in a spa bath. While this vision has gone viral and the perpetrators faced with the possibility of a $9,000 fine from the Civil Aviation Safety Authority (CASA) for breaching drone flying regulations, it was not an authentic drone delivery. The video comprised elements of video footage edited together to give the impression of a long-haul, drone snag drop.

In Singapore, the Timbre Group has been experimenting with drone-waiter service at The Substation restaurant.  These fully autonomously programmed drones are loaded with meals and drinks in the kitchen and flown to wait stations in the restaurant by drone, where the waiters take the food to the designated diners.  Their programming allows for them to detect and avoid stationary objects as well as movement from other drones or waiters nearby.

These air-borne food deliverers are not the average Christmas stocking-filler drone that rely on line-of-sight flying. And CASA’s air space rules are a long way from being drone friendly. So Domino’s drone tech partners, Flirtey, has been working with NASA to produce the best capabilities for its delivery drones. From its military grade tracking system to a safety parachute for a soft landing in the event of an aerial malfunction, the Domino DRU drones (Domino’s Robotic Unit)  are well on their way in developed programmed delivery technique and safety boot camp.

If some of Domino’s own home delivery polls are an accurate guide where 70% of their customers nominated that they would happily use drone deliveries and drone delivery technology continues to progress at the current pace – there  could soon be a delicious new meaning to the mile high club.

← Honey BeeWare
IN SEARCH OF PURITY →