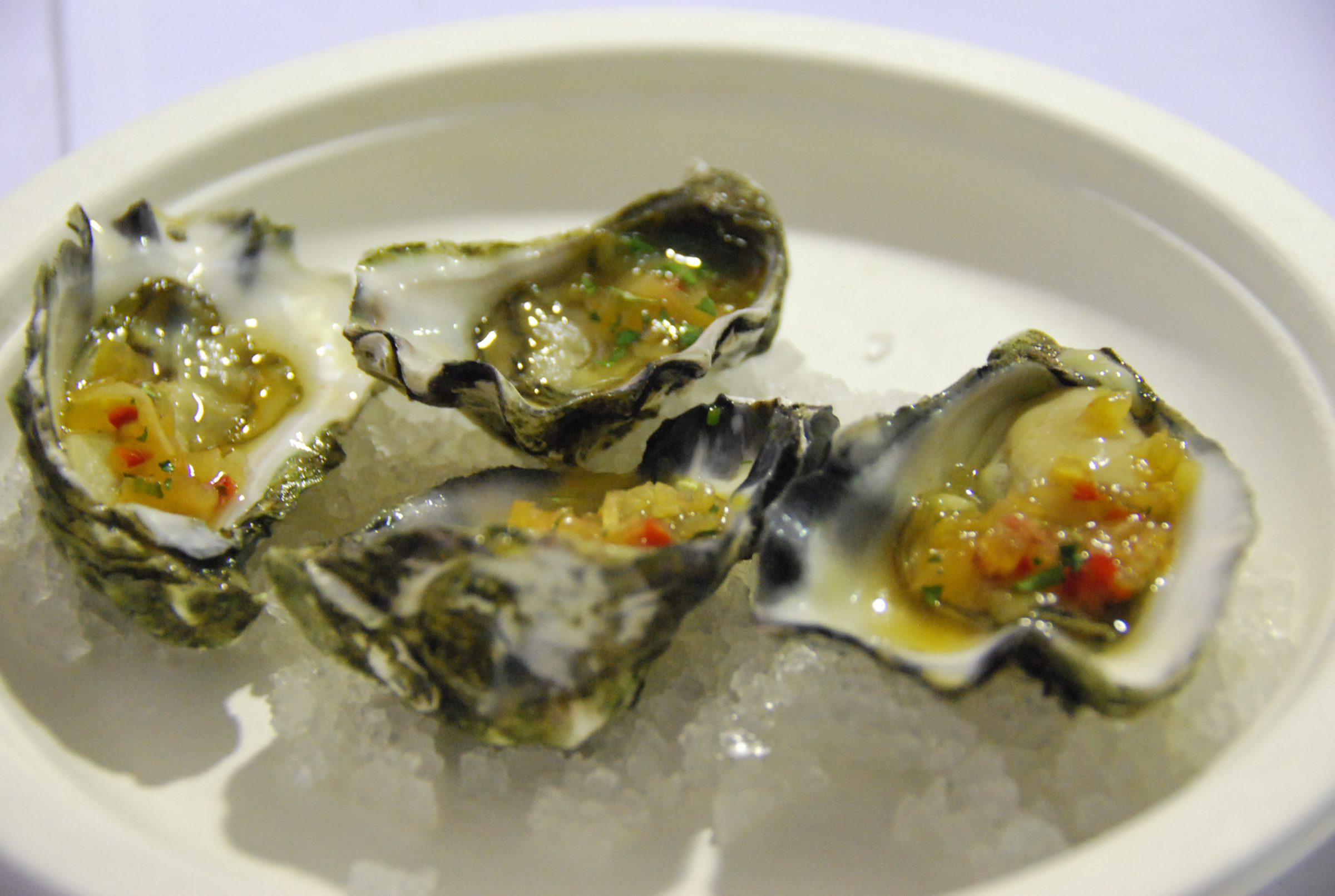 The Aussie Christmas seafood extravaganza probably has a lot to do with the spawning of Virgo and Libran children.

Oysters – well we all know about them and are repeatedly reminded of vaudeville jokes that accompany them: “I had two dozen oysters – but one of them didn’t work….”

The science behind the possibility of their potency is to do with their high zinc content which has an effect on human progesterone levels.

Then there is their physical appearance. In the homo-erotic scene between Laurence Olivier and Tony Curtis in the 1960 film Spartacus, the patrician Crassus, as he is disrobing coyly asks bath slave Antoninus  whether he: “prefers oysters or snails”.

As for fish and prawns, according to the Greek poet Asclepiades:  “For a meal with a courtesan a purchase is to be made at the market of three large and ten small fish and twenty four  prawns.”  Anecdotal stories of Catherine II and Saladin support these claims and in Ancient Egypt priests were forbidden to eat fish because of its arousing reputation.

And what’s in the salad?  Any number of goodies will do the trick including pimentos, salvia, rocket – even tulip bulbs. Tomatoes a.k.a. ‘love apples” have been marked since they came from the new world along with tobacco and coffee.

Wine, beer …alcohol, volumes have been written about the stirring efficacy of a wee dram. My father even has as his epitaph: “Gentleman of the fourth estate and raconteur: More wine for my men we ride at dawn.”  The latter being a sonorous command he would issue during the early hours in the city’s salubrious watering holes that had cause to send women into blushing giggles and agitated barmen scampering for the darkest bolt hole.

But come yuletide – if you are still in the mood – or think perhaps you might like to be – then save some room for the woodcock (or Becasse as it is known in French), it is reported to increase seminal fluid.

Which makes me wonder if Justin North, the chef/owner of Sydney’s award-winning Becasse restaurant is offering under the table fringe benefits?