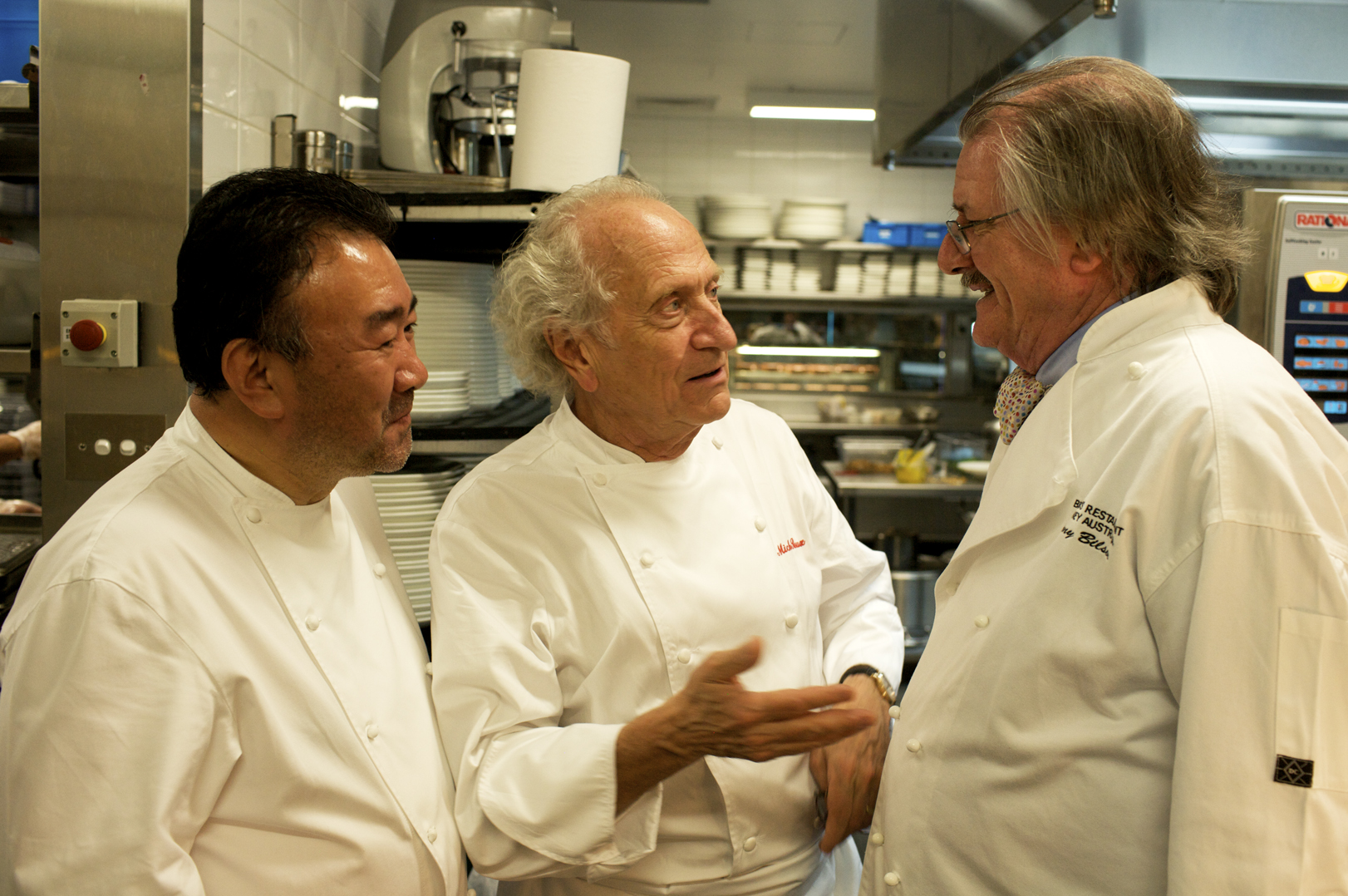 What do the late US actor George Peppard and Aussie supremo chef Tony Bilson have in common?  They both “love it when a plan comes together”. Peppard coined the phrase in TV’s The A Team while Bilson would be gleefully muttering it now that his culinary coup of assembling an A Team of international chefs for his Cuisine NOW event in Sydney has come to fruition.

“My inspiration for Cuisine NOW was to bring together a collection of chefs whose careers represent a narrative of the changes in contemporary cuisine over the last 30 years,” says the bespectacled 3 hat chef.

This is a man who has bandied a signature bow-tie decades before scribes-with-cravats had adopted their tell-tale mode of neckwear. This is also a man who doggedly sticks to an idea. Those who used to devotedly attend “Hats Off” dinners as part of the Sydney Good Food Month may remember his own excellent Cuisine NOW dinner at Bilson’s at the Radisson a few years ago.

This month – in fact, right NOW – his reincarnated Cuisine NOW has bought together seven of the most influential voices in the world of gastronomy.

Two-star Michelin chef Nicholas Le Bec of  Restaurant Le Bec in Lyon;  Reine Sammut of  Auberge La Fenière, Lourmarin, in Provence with her Michelin star; the legendary Michel Roux famous for Le Gavroche, which became the first restaurant in Britain to collect one, two and the ultimate three Michelin stars;  Philippe Mouchel , the protégé  of Paul Bocuse  who has The Brasserie by Philippe Mouchel at Crown in Melbourne; Tony Bilson himself, an unashamed Francophile once dubbed the godfather of Australian cuisine; Tetsuya Wakuda of three hatted Tetsuya who trained and worked with Le Bilson in his Kinsela days and the man who reputedly spawned fusion east-meets-west food in Australia, Cheong Lieuw formerly of The Grange in Adelaide.

This week they are each holding up close-and-personal master classes of two hours preparing three courses; and they are rattling pans for lunch and dinner at Bilson’s, the Shangri La and the new Doltone House. And they are collaborating.

In a gastrophile finale on Sunday 17 January each chef will prepare a course reflecting their different styles and regions in a seven course dinner with matched wines from Moet & Hennessy and other drops Francais – all accompanied by a line-up of extraordinary live performers.

I have already had colleagues maniacally juggling diaries to be part of it – any of – and so close to the excesses of Christmas too. Who cares, just do it…do it NOW.