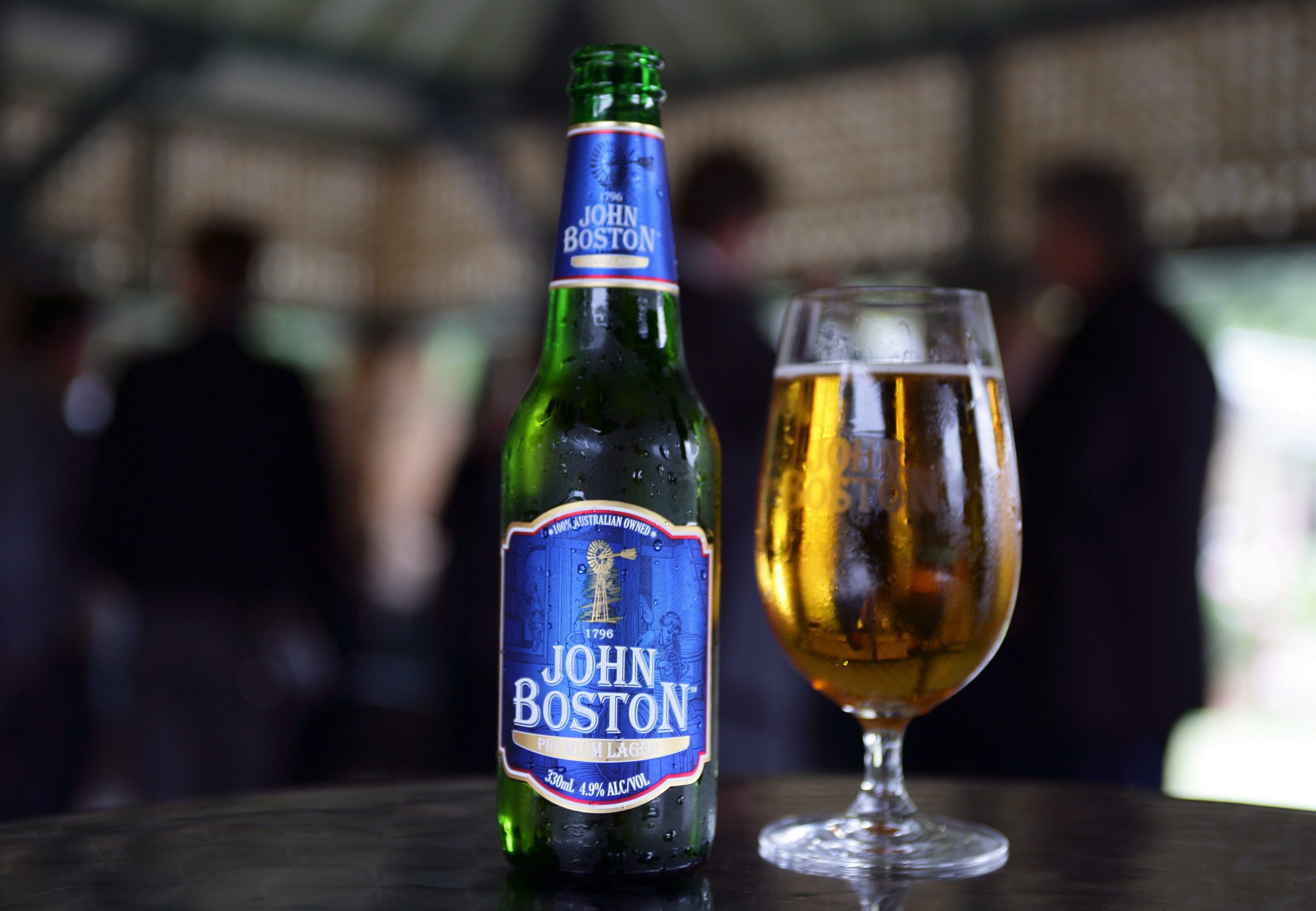 The gentrification of the Australian brewing landscape was given a kick-along this week with the launch of John Boston Premium Lager. This 100 per cent Australian newcomer – and that’s a change from the majority of foreign owned, once-Aussie breweries – elevates beer to the same level of sophistication as wine. And not surprisingly, as it was initially crafted to satisfy the discerning palates of the 55,000 members of The Wine Society.

John Boston is named after the man who became Australia’s first brewer in 1796, when he built a mill in Sydney to produce his beer – which would have been a godsend to the rum-soaked young colony. In late 1804, trading opportunities took him to Tonga where he received a warm welcome and was invited to a banquet. If the story is true, he was the main course.

The task of turning today’s John Boston concept into a product was placed in the hands of former Lion Nathan head brewer, Bruce Peachey, previously charged with the responsibility of producing Guinness and Lowenbrau’s legendary beers under licence in Australia. He also created the popular Bondi Blonde and Blue Tongue beers – although the products being sold today are not the same as his original brew.

In Australia, per capita beer consumption peaked in 1975. These days we are drinking less beer, but of a better quality, with premium and craft beers showing the biggest increases in popularity. This has led to the emergence of the so-called ‘beer connoisseur’ – the target market for John Boston Premium Lager.

And a damned fine medium-bodied full strength beer it is too, using 100 per cent natural ingredients and no preservatives or additives.

Other than its taste, the other refreshing thing about this beer is that profits from its sale will go to funding continued benefits for members of The Wine Society, Australia’s oldest independent wine club. The Wine Society was established in 1946 to advance wine appreciation and education, to promote excellence in the wine industry and to offer members selected wines at the best prices possible. Recently it has ventured into retail, opening its own stores, as well as supplying on-premise – which bodes well for John Boston being a ‘must have’ at bars and restaurants.

← The science of wine and food matching
Saving Australia’s bacon →